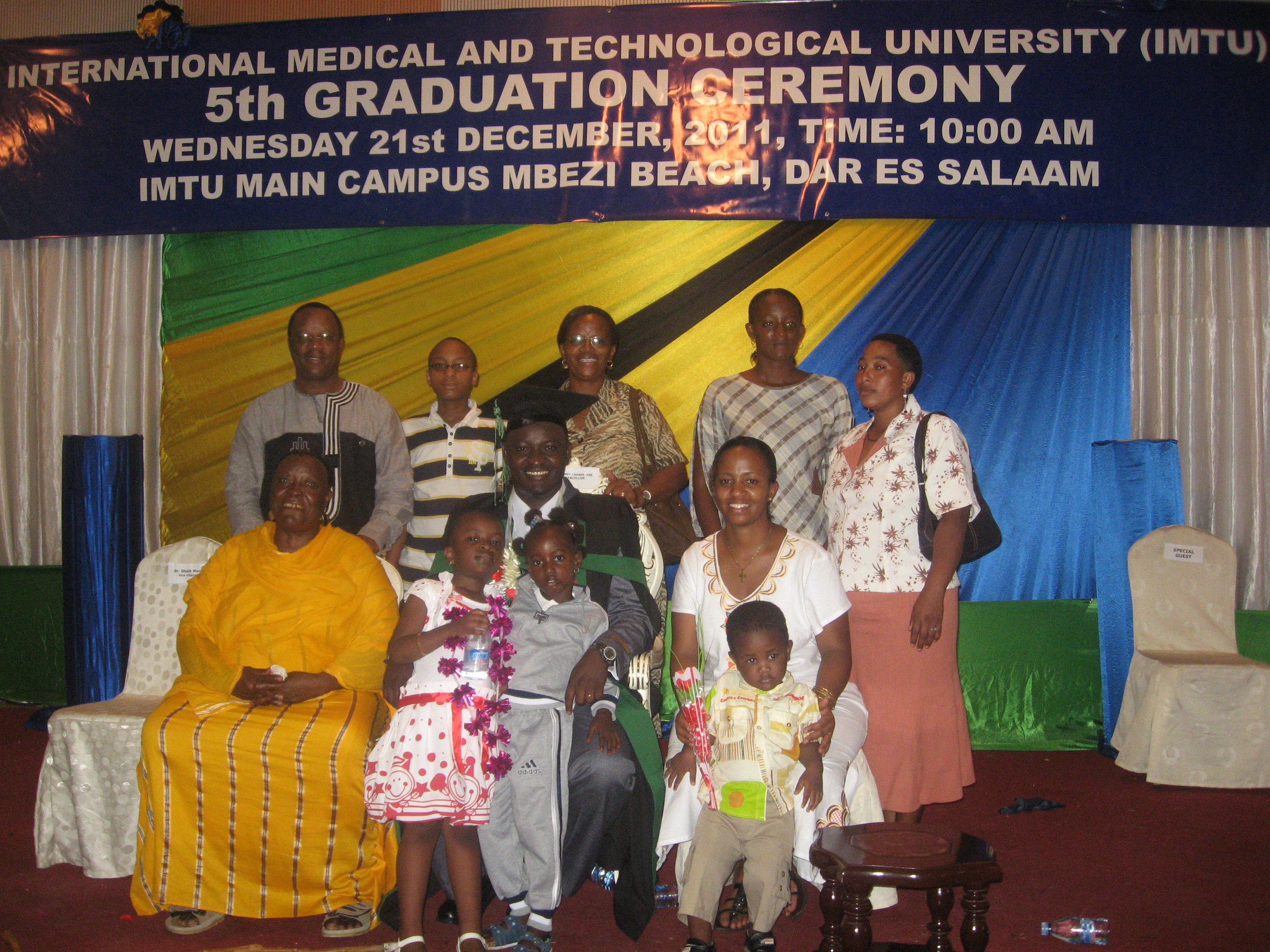 The WiFi at Moivaro Lodge has been spotty, so news from the team has been dribbling in to this stateside writer via a brief phone coversation with Lesikar, texts from Dr. Shriner and a just-received email from Cheryl Kuratomi. One can’t really complain, however! Back in the “old days” of the project (2002 – 2009) WiFi was unheard of in Arusha, and communication across the continents was quite a challenge!  There was one very slow, but working, computer at the lodge, and after waiting in line behind other guests and dropping $5 for 15 minutes, we posted in this field journal. We could upload 3 or 4 photos in about one hour at an internet cafe. Phone calls to home were made on the one sattelite phone shared by the entire team. Arusha has certainly come a long way in the technology department!

So here’s what I can share with you from my sources on the ground in Arusha: At dinner last night, the team surprised Dr. Shriner with a celebration of the 10th anniversary of the The Phil Simon Clinic Tanzania Project.  A very brief history in honor of this momentous occasion:  In 2002 a team of eight adventurous doctors, nurses and social workers from Huntington Hospital’s Phil Simon Clinic made the journey to Tanzania for the first time, laying the ground work for what would be a rich and lasting relationship with the medical community and the people of Tanzania. In the last 10 years, 74 different individuals  have made the journey — some multiple times — to provide medical and psychosocial care, perform life-transforming surgeries and to learn from our African colleagues and patients.  In 2005, the team met a young Clinical Officer (the equivalent of a physicians assistant in the U.S.) named Ezekiel Noah Moirana at Upone Clinic.  The following year we met Ezekiel again, and Dr. Shriner discussed with him his interest in attending medical school: “If you can get into a school, we will support you.”  He did, and in December, 2011, Dr. Ezekiel Noah Moirana graduated from medical school from International Medical and Technical University in Dar es Salaam, Tanzania.  See the “Testimonials” page on this site for more about Ezekiel.

Today, the medical team spent the day at the clinic in Ezekiel’s village — Kisongo.  Ezekiel had arranged for the Deputy Minister of the Tanzanian government to come to meet the team.  In all, the team saw 60 patients, including a case of cutaneous anthrax which Dr. Shriner described — with great excitement in her text — as the “Case of the Day.”  Never fear, there will be pictures upcoming 🙁  !  Joining the team today were a doctor and a medical student from Texas who the team met during their layover in Amsterdam.  They were a great help!  While the team attended to the patients, woodworker Mickey Singer was busy building shelves and a workbench for the lab.  Once construction is completed, microbiologist Cheryl Kuratomi and Sally Eastman will begin setting up the new lab.  The plan is for the lab to start small, and  be built up as things progress.

The surgical team completed seven successful surgeries at St. Elizabeth Hospital.  They even got back to the lodge before dark — unheard of in the history of the surgery team!

Now, according to Cheryl, off to discuss tomorrow’s itinerary and get ready for another day!