The PSCTP Takes on the Building of a Clinic 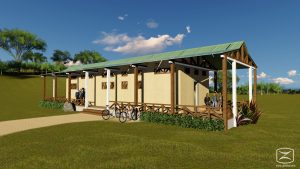 Architectural rendering of the Kisongo Clinic. Groundbreaking projected for February, 2018

For the past 15 years, the PSCTP has been providing medical and surgical care to the underserved of Northern Tanzania.  Much of this work has been done at local hospitals and clinics.  Although this will remain a central part of the project, 2016 marked the beginning of a special project in Kisongo Village, just outside of Arusha.  Kisongo is the home village of PSCTP’s Dr. Ezekiel Moirana who recently completed his internal medicine training at Dodoma University.  During our medical missions to Arusha and environs, PSCTP has been providing care for many of the residents of Kisongo over the last several years and a special bond has developed with PSCTP team members and the Kisongo residents. During our 2016 trip, the village elders pondered our proposal to help them build a much needed newer and more functional outpatient clinic.

In April, 2017, PSCTP held an eventful and very successful fundraiser at the Alverno Villa in Altadena.  A substantial amount of funds were donated by generous attendees to allow the beginning of building plans.

Team Tanzania 2018 hopes to break ground on this building during our February trip. 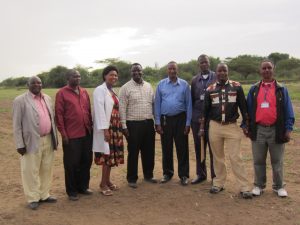 Kisongo Village Elders present land for the building of the clinic. 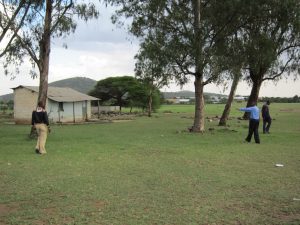