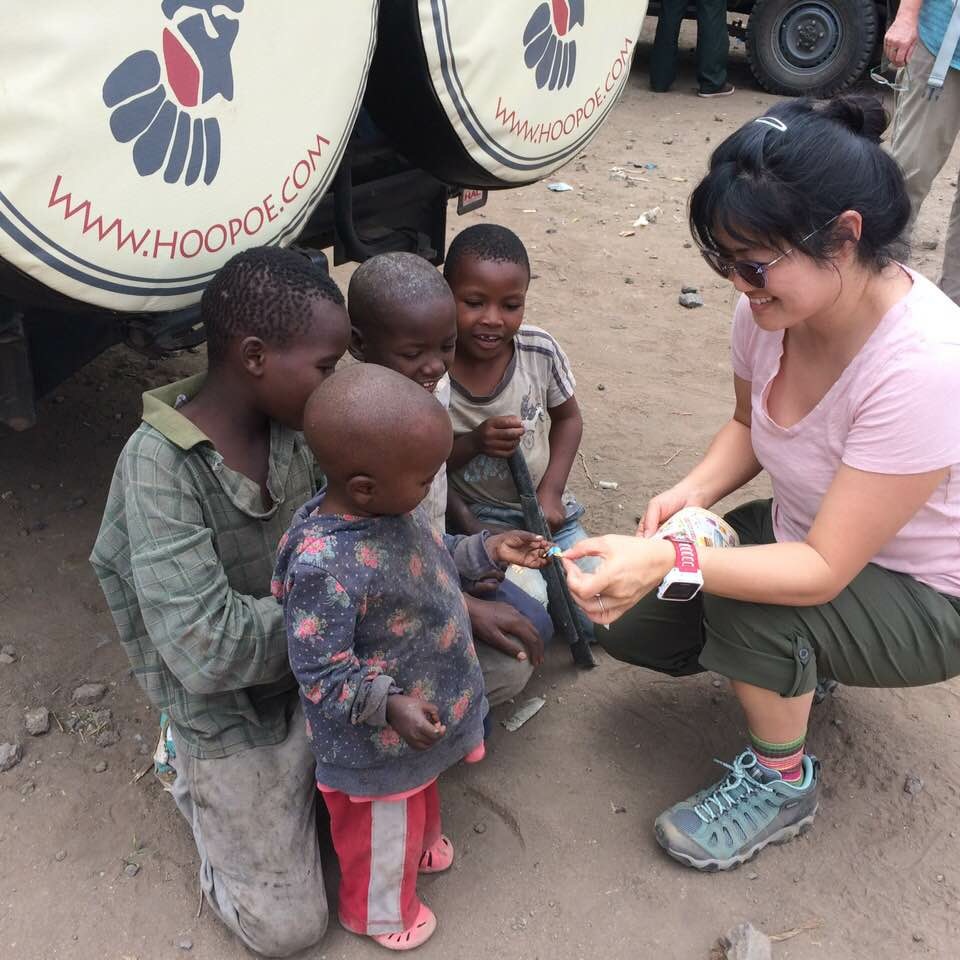 I am in Tanzania, because 15 years ago, I walked into the Huntington Hospital ER with AIDS, living in perpetuating fear that my secret would be discovered. I was violently ill. The Hospital admitted me and that’s when I met Dr. Shriner. That week in the hospital was one of the worst moments of my life. I was afraid of dying, but I was more afraid of my family finding out.

I was living in fear and internal solitude. Dr. Shriner invited me to the Phil Simon Clinic as a client. It was much more intimate than my previous healthcare center. The clinic’s staff was very sensitive to my need for privacy and made it a safe place for me to manage the disease. Through the years Dr. Shriner has gently offered therapy through the clinic. I wasn’t ready to accept, but Dr. Shriner planted the seed in my head. After being her patient for several years, I finally asked Dr. Shriner for the therapist’s contact info. I realized I was going to live much longer than I anticipated when I was first diagnosed. If I was going to live, I wanted a better qualitlly of life emotionally and mentally.

I met Jody Casserly, a therapist, through the clinic and spent years working through the stigma and shame that came with HIV/AIDS. My community was disconnected from the struggles and fight against the disease. Therapy was a long process that taught me how to recognize my emotions and thoughts and find language to express them. I didn’t realize how powerful it was to find your voice.

Now I have this incredible opportunity to serve an underprivileged community with Dr. Shriner and the Phil Simon Clinic Tanzania Project. It’s amazing to me to be able to give something back with the people and clinic that brought health and healing into my life. I am so grateful and honored.

Today was an incredible day. We joined an HIV positive women’s suport group. They call themselves the Haradani. I prob butchered the spelling, but it sounded like that. It means the seed of a ficus tree. These women have been getting together the last 4 months, supporting each other and collecting money to give each other loans with low interest. They use the money to educate their children and get low cost insurance for medical care. These women are brave and strong. Most of them are widows or their husbands left. When a woman is sick or can’t have babies, many times the men will just leave.

There goal is to improve their lives with small business selling batik, candles, soap, or herbs/nuts wrapped in textiles. They attend seminars to get more ideas. They said if you educate the women, you educate the whole village.

When asked if they get support from the community, in unison, they said no. The fact that they are meeting regularly is incredibly brave. There is still a very strong stigma against those who are HIV positive. The less educated people still believe in conspiracy theories on the disease, thinking it’s a western plot to wipe out the Africans. Some believe condoms spread HIV. These women want to be an example for other women to show they can do it. It’s possible to have a better life.

There’s another reason participating in the support group was so special. Dr Mia and I spoke about HIV. Mia gave an overview of the disease and how to keep themselves healthy: maintaining regular checkups, which doesn’t seem to be the norm here, a good low sodium diet, and low stress. The women laughed saying they have too many children for low stress.

Then I shared a little about my experience with HIV. I explained how I contracted it, the financial state I was in when it happened, and the emotional and mental stress of having to keep it a secret. I shared about meeting Dr. Shriner and being invited to the Phil Simon Clinic. I learned I had to take meds and take them every day. I emphasized how important every day was. I talked about keeping up with medical care, but also the other things that keep me happy and less stressed. I said I pray/meditate. They didn’t understand meditation, so I stuck with prayer. I also said I slowly shared my status with family and friends who I trusted.

Even though our struggles are different, I think they understood we had something in common. The sad difference was they said no man would marry them. They left when you got sick. They said that after I told them I was married 4 years ago, There is nothing I could say to console them. I could only agree that women and mothers carry the burden. It was already discussed, but I reiterated that they could educate a new generation of boys to be better.

I am so thankful I am on this trip with so many generous, compassionate people. I am learning from the people we are serving and from those who are volunteering. I see the struggle the local people endure in extreme poverty and their will to live. They have limited access to healthcare and have to sometimes choose between food and medicine. It is a painful reality of how things are so unfair. It is a lot to digest. I hope the people we have seen on our trip will continue to fight for their health and be around a long time to see their children grow up.

View all posts by  »  Esther Kim